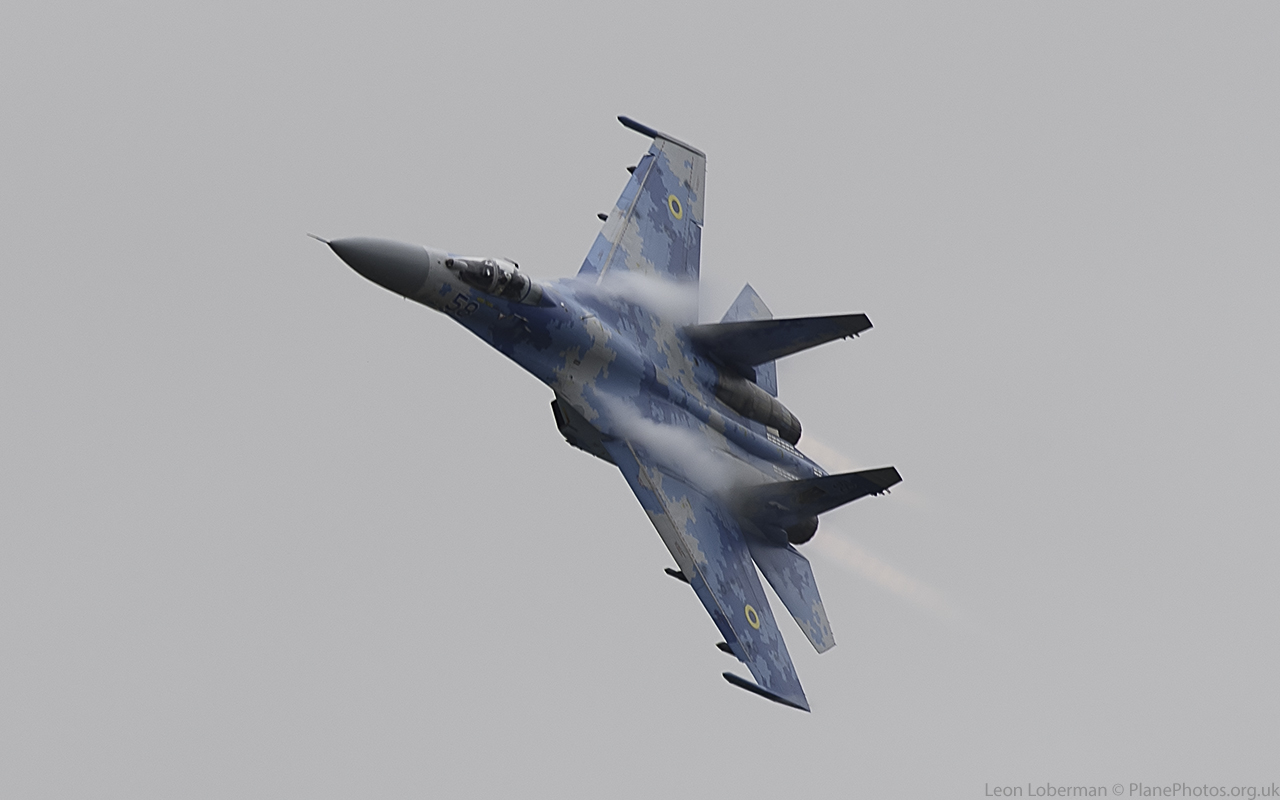 RIAT 2017 returned to the upper levels of excellence, with participation by a number of special performers, including the USAF Thunderbirds as part of the USAF Celebration of 70 years existence and the return of the Ukraine Air Force, with its Su-27 Flanker.

Sadly I picked the Saturday to attend, which was the worst of the 3 public days, weather wise. Grey skies and rain forced the abandonment of most of the morning flying display and even in the afternoon the leaden skies meant challenging conditions for photography – hence many of my flying images have a somewhat washed out appearance :-(.

There were also interesting items on static display, including an all silver C160D Transall from the German Air Force, celebrating the 60th Anniversary of the LTG61 squadron, the return of the Japanese Air Self Defense Force with a KC-767J and a Canadian CH-147F Chinook which was ferried over in a CC-177 Globemaster – sadly the special marks airframe which brought the Chinook over to Brize Norton early in the week did not stay for the show.

So, although the weather didn’t play ball, I thought it a very good show.