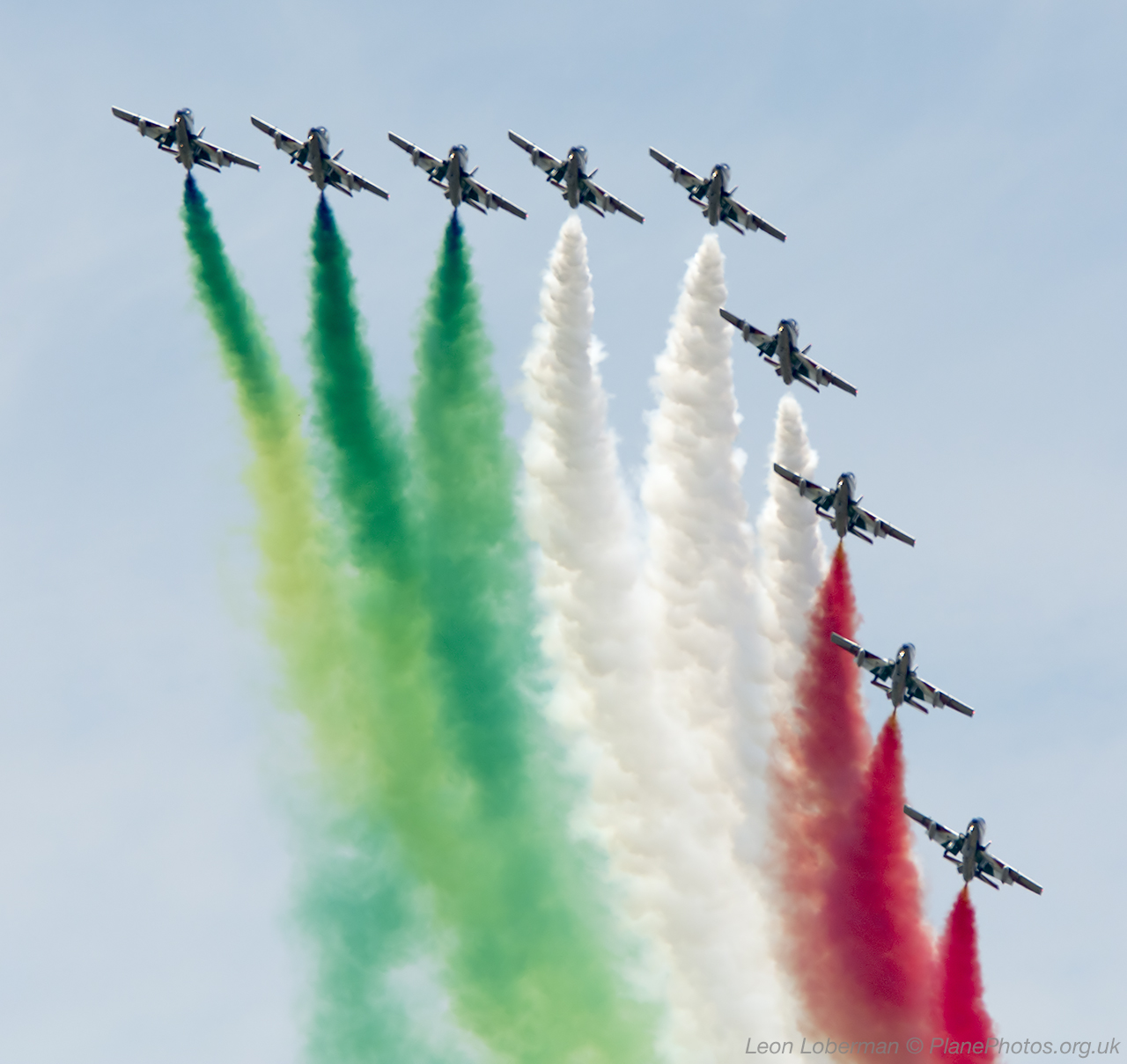 Once again, the Royal International Air Tattoo took place in mid July at RAF Fairford in Gloucestershire. The weather was a significant plus on the Saturday, with much blue sky, although by the afternoon it had clouded over somewhat.

Amongst the highlights of the show was the return visit of Polish Air Force MiG-22 Fitters, flying a fairly flat but nevertheless interesting routine. Also in the flying display were the usual spirited displays by the the Italian Air Force Alenia C-27J Spartan, Airbus Industries A400M and the RAF Boeing CH47 Chinook.

2014 is the 50th Anniversary of the RAF Red Arrows and this year they had re-painted tails to commemorate the fact.

Present on the ground were two LTV A7 Corsair II of the Greek Air Force before their final retirement this year, one of which was in a commemorative scheme.

The major disappointment was the no-show for the Lockheed Martin F35 Lightning II, one of which had suffered an engine fire in the weeks running up to RIAT, causing the grounding of the whole fleet. This was to have been quite a coup for RIAT, as it would have been the first public display in Europe.

All in all a good show – the changing world landscape combine with reducing military budgets puts increasing pressure on the organisers – they did well in my opinion.