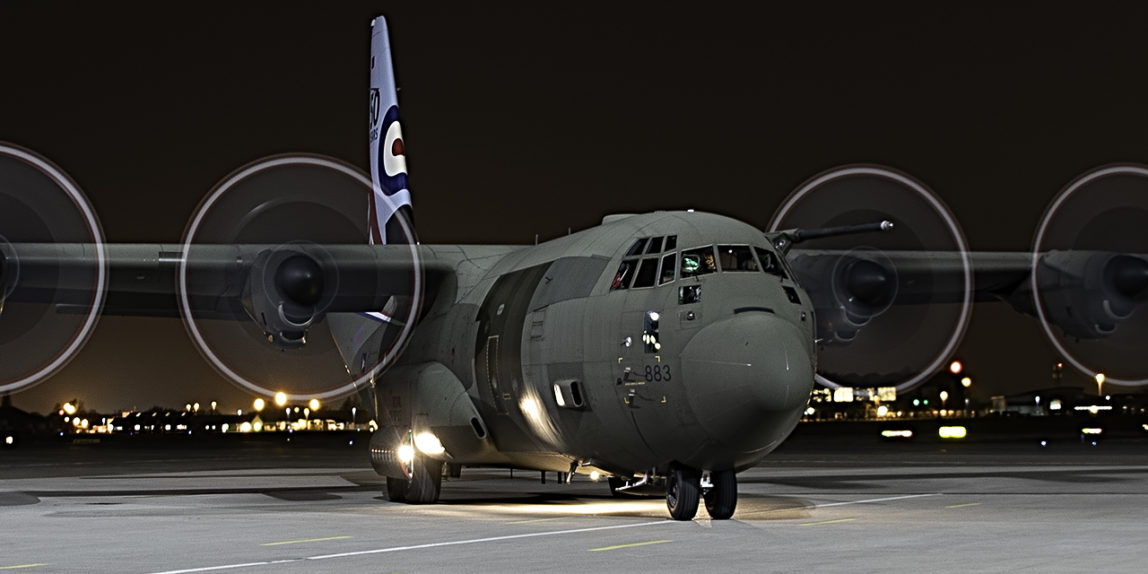 The weather definitely got the better of the planned participants at the 26th nightshoot organised by Phil Dawe and his team at RAF Northolt.

Having to be held slightly earlier in the year due to the upcoming closure of the runway for much needed repairs, those of us attending were hoping that the high winds and rain from the recent storms would not impact on the event too much.

However, that was not to be, with many of the smaller participants, such as the Tiger Moth, Chipmunk, Miles Magister and Piper L-7 Cub having to cancel. Also unavailable to attend was the Irish Air Corps Casa CN235, which was re-tasked to a medical evacuation flight into Southend and the Armee de l’Air Alpha Jets unable to make the trip.

But enough of what didn’t make it – quantity was replaced by quality, with a Belgian Navy Sud Aviation Alouette III from 40 Squadron at Koksijde and probably one of the last public appearances of the specially marked 47 Squadron Lockheed C-130J Hercules C.5 from RAF Brize Norton before disposal. Also on the pan positioned for photography was a 32 Squadron BAE-146 in the grey scheme.

As ever, it was evening – perhaps slightly fewer people (Phil and his team had sent out notifications earlier in the day about the reduced participants). Well done again Phil!