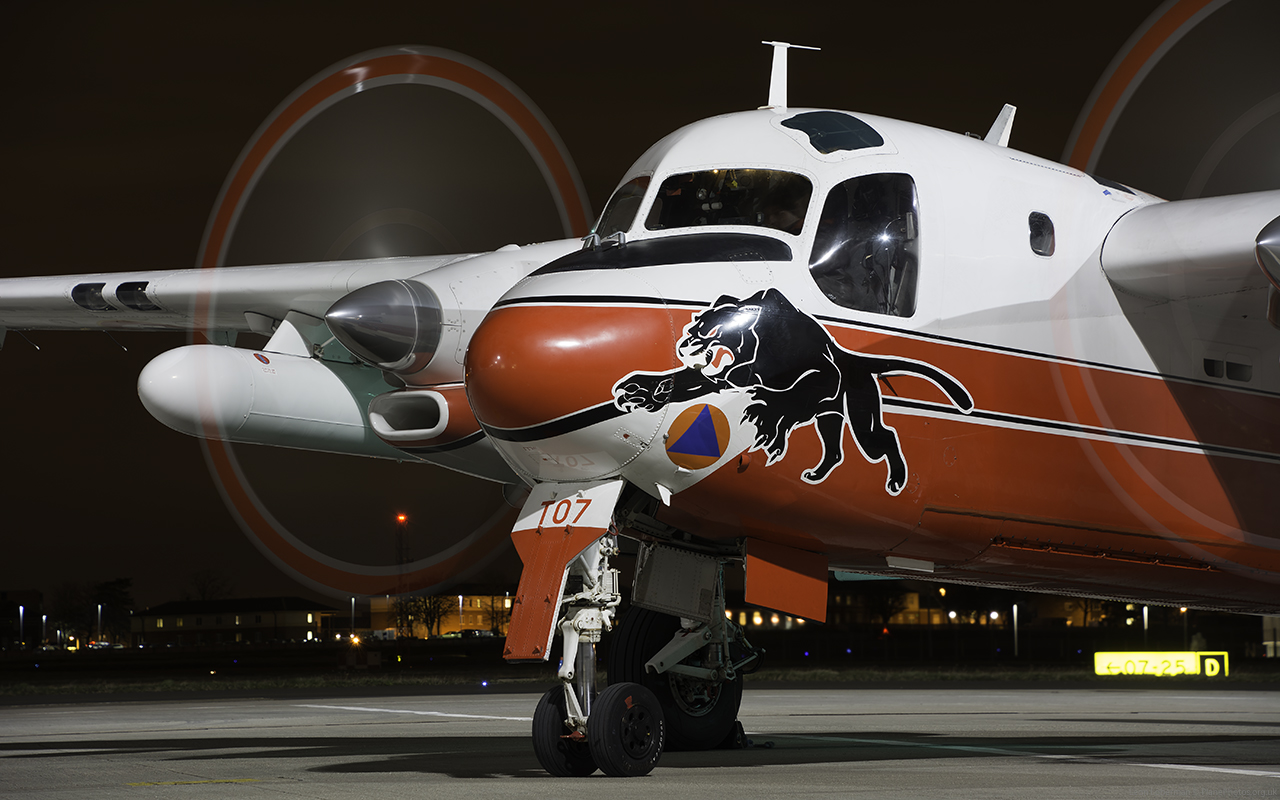 After many frustrated attempts, Phillip Dawe finally managed to get the specially marked Conair S-2T Turbo Firecat from the French Sécurité Civile to one of his famous nightshoots. In addition, there was a rare overseas trip by a Belgian Gendarmerie Nationale Cessna 182 Skylane, which also carried out an engine run. Coupled with these was a Sea King HAR.5 from 771 Squadron of the Royal Navy, along with a Hawk T.1 from 736 Squadron.

Also on the flight line was a soon to be retired HS-125 CC3 from 32 Squadron and a BAe146 CC2 from the same squadron, whilst lurking in a hangar was one of the more recently acquired BAe146 C3 in the grey scheme.

Although Phil was once again let down by late withdrawals, this was nevertheless a great evening – the weather played ball and the visiting pilots played their part too!