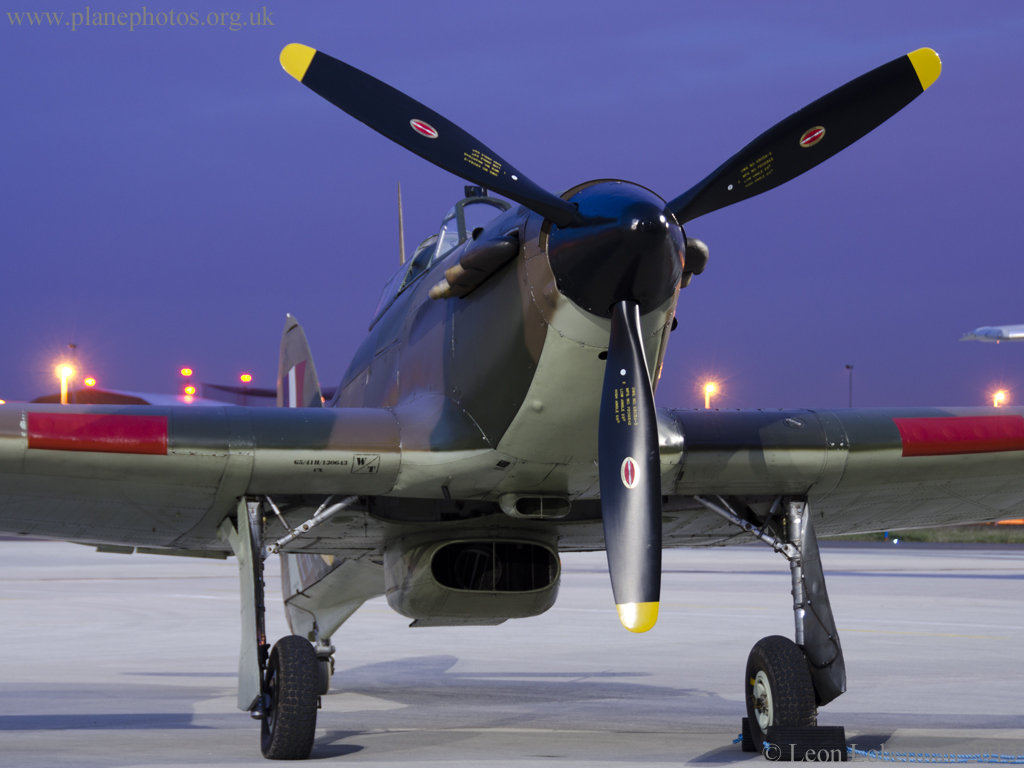 Once again, Phil Dawe organised another great evening for Nightshoot XIV, with no less than 3 unique items. He managed a significant coup with the presence of the Swedish Air Force Tp86 Sabreliner and a rarely seen French Air Force Super Puma. Coupled with these was the Hawker Hurricane XIIa from the Historic Aircraft Collection, which had displayed earlier in the evening for a group of Polish veterans having a celebration dinner at RAF Northolt. Last but not least was one of the new BAe 146 for 32 Sqdn, shortly due to fly out to the Middle East for a tour of duty.

The Sabreliner is rarely seen outside of Sweden and usually carries huge booms for radar and electronic tests – however these restrict flight altitudes and were removed for the flight to Northolt.

Similarly a rare sight in the UK are French Air Force SA332 Super Puma’s – the example that arrived was from the VIP flight Helicopter Squadron 03/067 at Villacoublay, near Paris.

Many thanks once again must go to Phil and his hardy group of volunteers and to OC Operations Wing Cdr Dan Storr.