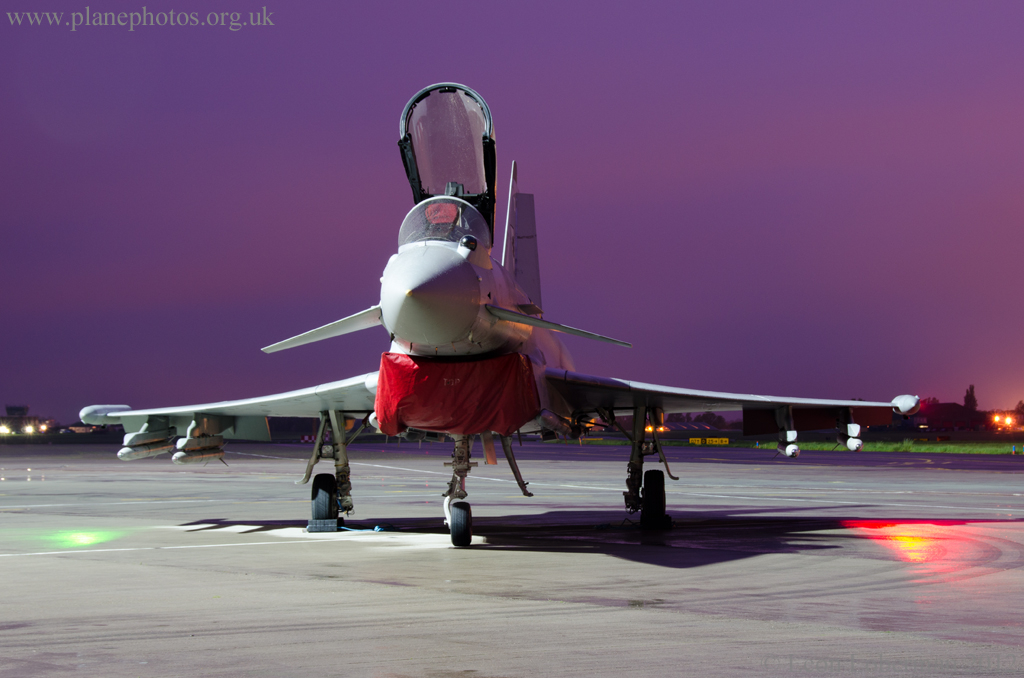 As part of the preparations for the security surrounding the London 2012 Olympics, four Eurofighter Typhoon aircraft were brought to RAF Northolt in May for a two week familiarisation exercise, prior to being based there during the Olympics.

Once again, Phil pulled out all the stops and organised a night shoot – this time the numbers of photographers increased dramatically to over 200 – not surprising, as the opportunity to shoot these aircraft under lights does not occur very often.

Thanks again to Phil and his team, as well as the detachment commander and the support personnel for their co-operation and friendliness – I’m sure we pushed them to the limit with some of our requests!