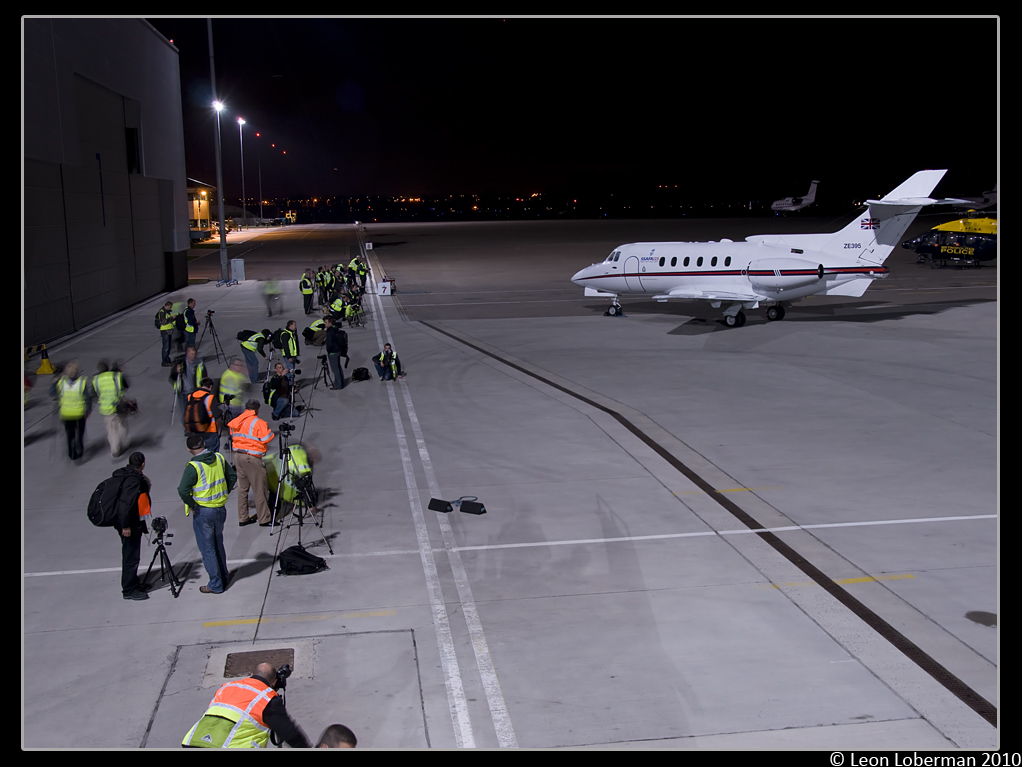 Once again, Phil Dawes, along with the co-operation and consent of the Station Commander Group Captain Tom Barrett , together with the O/C No. 32 (The Royal) Squadron, organised night photo shoot VII on 30 September 2010 in support of the refurbishment of the World War II operations room situated at RAF Northolt, now known as the Sir Keith Park Building.