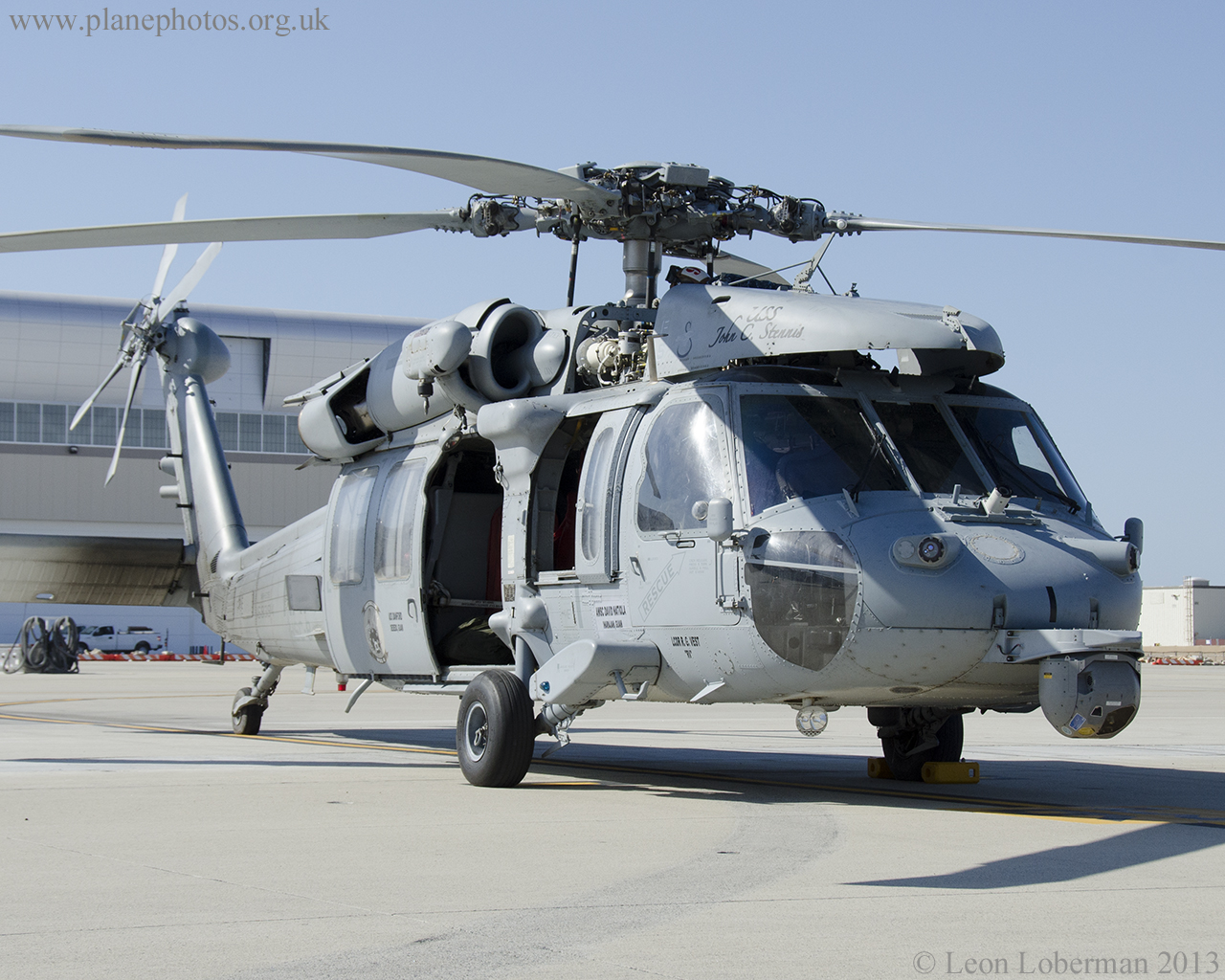 In early September 2013, I was fortunate to be granted permission for a base visit to NAS North Island, the main helicopter base for the Pacific Fleet. One of the largest Naval Air Facilities in the United States, NAS North Island is located at the north end of the Coronado peninsula on San Diego Bay and is the home port of USS Carl Vinson (CVN-70) and USS Ronald Reagan (CVN-76).

There are 23 squadrons based at NAS North Island and I was granted permission to visit HSC-4 Black Knights and HSC-21 Blackjacks, both of whom operate the Sikorsky MH-60S Knighthawk. These two squadrons share hangar space with HSC-3 Merlins and HSC-8 Eightballers respectively, also operating MH-60S Knighthawks – HSC-3 also still has some SH-60F Seahawk’s on task. HSC-4 are well known as the unit involved in recovering up some of the Apollo spacecraft in the late 60’s, using Sikorsky SH-3D Sea King and this is still commemorated on their aircraft today.

I also had the opportunity to visit the Northern hangars, apron, departure points and other areas around the base, including Flag Circle, where a number of preserved airframes representative of the various types of aircraft once stationed at NAS North Island are situated.

I spent an extremely interesting morning on base, with excellent opportunities for photography and to speak with some of the personnel. I’d like to thank