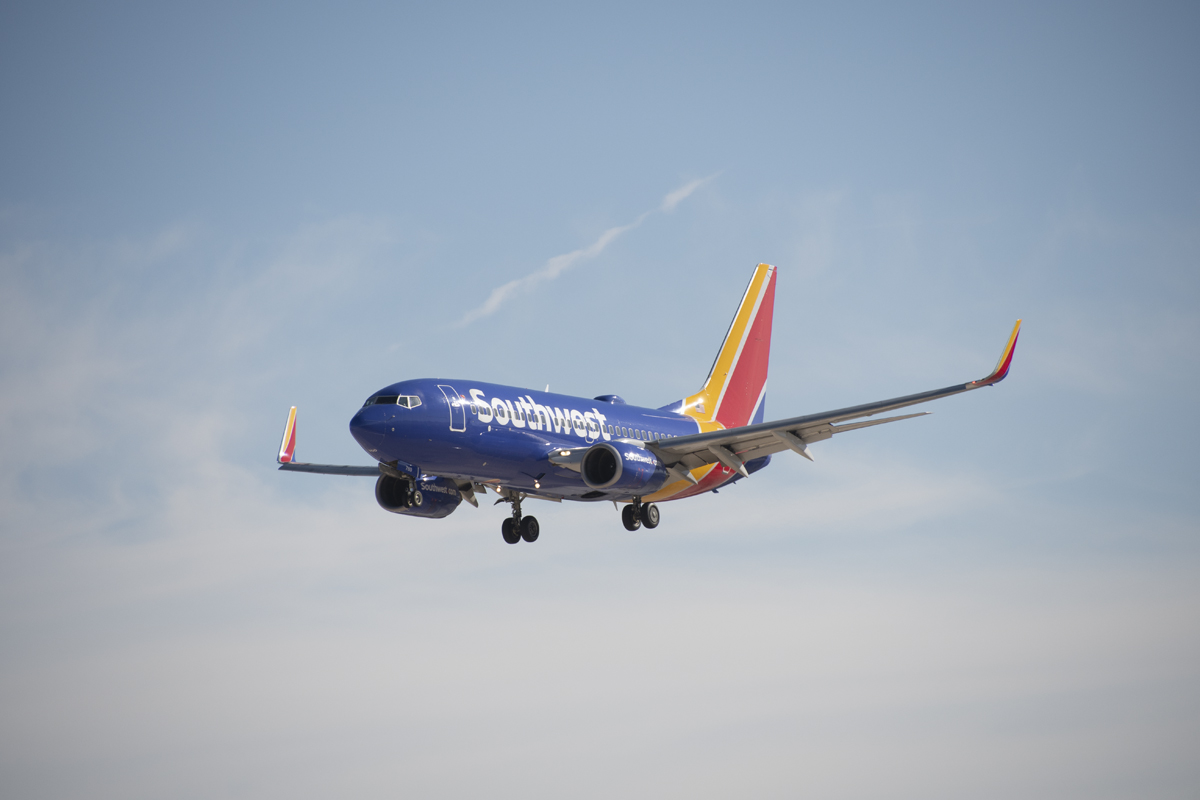 Since I had some time during my visit to Nellis AFB, I decided to drive back to McCarran Airport to capture some of the civilian traffic. I often say that today’s humdrum aircraft become tomorrow’s rarities, although, to be honest, it looks like we are going to have variants of the Boeing 737 and Airbus A320 families around for some considerable time!! Nevertheless, it was good to capture some of the movements.

Dominated by Southwest Airlines, other regulars include Spirit, Frontier and Alaska, along with a smattering of United, Delta and American.

There’s lots of business jet traffic which land and depart from runways 19L and 19R – I didn’t get down there for much of these.

There are also some military visitors who use McCarran ahead of Nellis AFB – normally for transit and overnight stops – after all, it is nearer The Strip!!