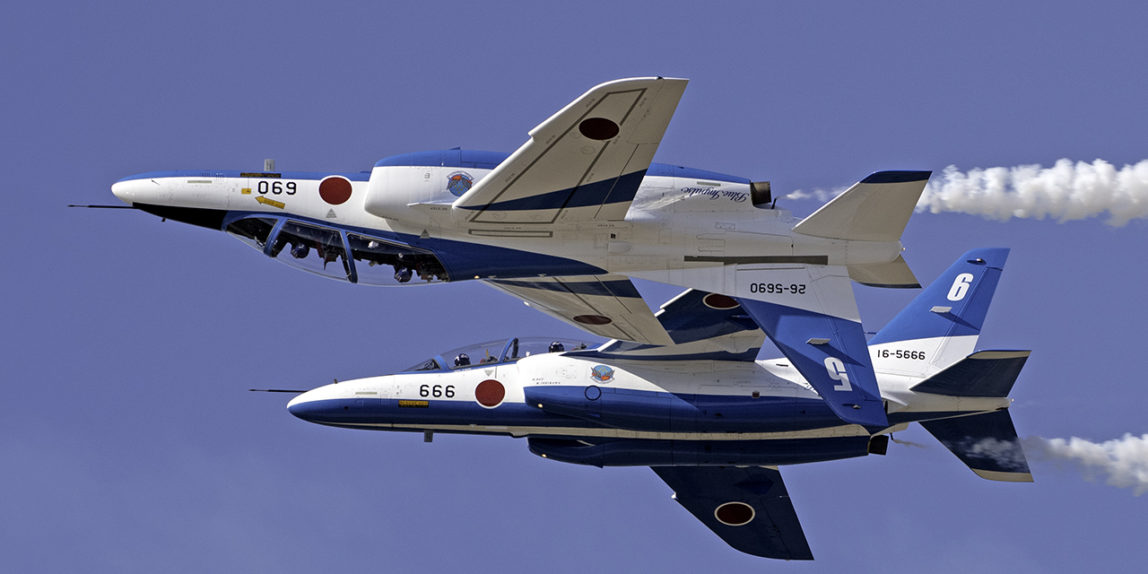 At the end of 2019, I traveled with 4Aviation to Japan for the airshow at Hyakuri AFB to catch the last of the 501 Hikotai (Squadron) McDonnell Douglas RF-4EJ Phantoms before their retirement.

These iconic aircraft are amongst the last remaining Phantoms being operated around the world and although I had visited Hyakuri twice previously, I wanted to make the trip one more time. I also wanted to visit the famous Peace Towers, which are an enclave effectively on base, affording extraordinary views of the taxying aircraft and the active runways.

The Japanese Armed Forces are renowned for their friendly attitude towards aviation enthusiasts, with crews often waving from the cockpit as they taxy by. That said, anyone leaning over the fence at the Peace Towers enclosure could expect a sharp word from the security teams patrolling inside the base, driving by every 15 minutes or so.

Additionally, the Armed Forces also paint special markings on their aircraft, particularly when they are being retired. In 2018, two Phantoms were specially marked for the retirement of them from service with 302 Hikotai. Although they had now been stripped of their engines, they were still towed out for static display, which was a bonus for me, as I had not attended the 2018 show.

301 Hikotai also had a special scheme aircraft – a F4EJ with a ‘frog’ design. This aircraft was running out of airframe hours and indeed was involved and a landing incident not long before the airshow weekend. Everyone was therefore very relieved when it was towed out of the hangar and flew over the weekend!!

The weather was damp on the day of arrival, with low cloud and fog but as the week went on the conditions improved, although it was much colder than I expected it to be.

The airshow is held over 2 days, with the Saturday being reserved for local residents and friends and family of the based personnel and the Sunday being public admission. Such is the popularity of the show, combined with security measures, local roads are closed from around 5.30am, with parking offsite and visitors either walking or being bussed in. This meant getting to the Peace Tower enclosure extremely early on the Saturday morning, as it is very popular with aviation photographers. The owner will only take bookings for the Friday and Saturday from individuals and groups known to him – fortunately, 4Aviation is one such group 🙂

Be warned that there are a large number of images of Phantom’s below – well it was the whole reason for going!!

During the trip, we also visited Atsugia NAS, Iruma AFB, and Gifu AFB and Museum.

At Atsugi, we were treated to the arrival and departure of a ShinMaywa US-2 amphibious flying boat – something that has been on my wishlist from previous visits.

All-in-all, a very successful trip, despite the early start on most mornings!!

On with the images:-