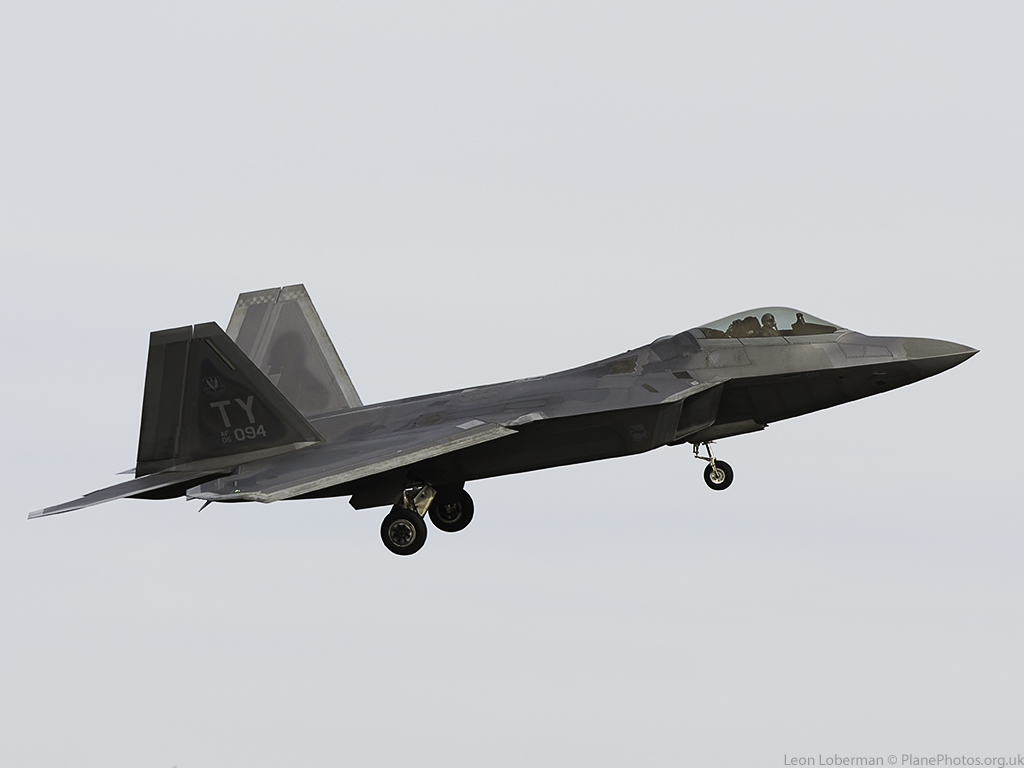 I ventured up to RAF Lakenheath in mid May, just before their departure back to the USA and captured some images of the aircraft, along with some of the local F-15E Strike Eagles and a couple of other visitors.

The sky was mostly clear but a rather milky white cloud started to form as the Raptors returned from a mission. Coupled with the position of the afternoon sun it made for some challenging photography.

This was also the first time I used my new Nikon f5.6 200mm-500mm lens, so it was interesting to see the results.