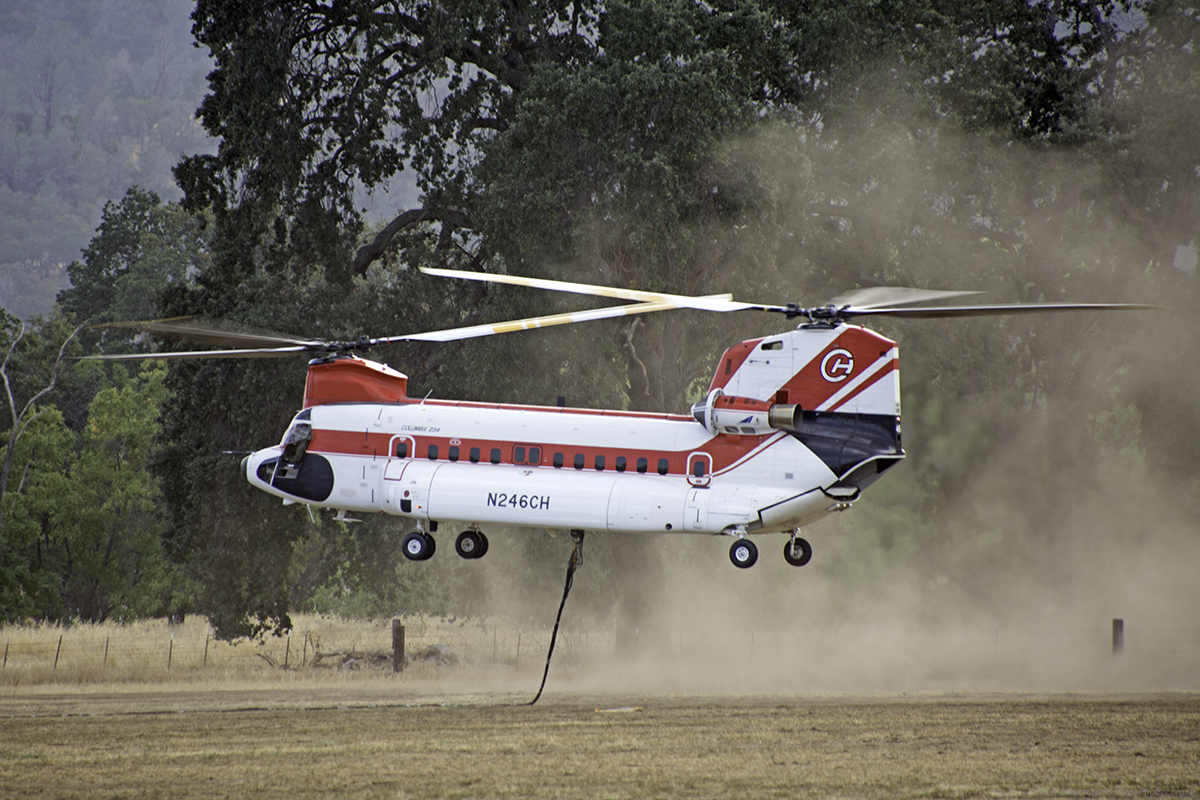 Whilst driving through California recently, I came across a temporary heliport which had been established in support of fighting the Valley fire in Lake County, California.

As I arrived, it appeared that the facility was being broken down, as the fire was now 75% contained and the helicopters were departing for other locations.

The Valley fire is the third most damaging fire in California’s history, according to Cal Fire.

So far it has claimed four lives, burned more than 76,000 acres and 1,910 structures – including more than 1,200 homes – and left an estimated 3,000 people homeless, authorities have reported.

My hat goes off to the brave firefighters who risk their lives.