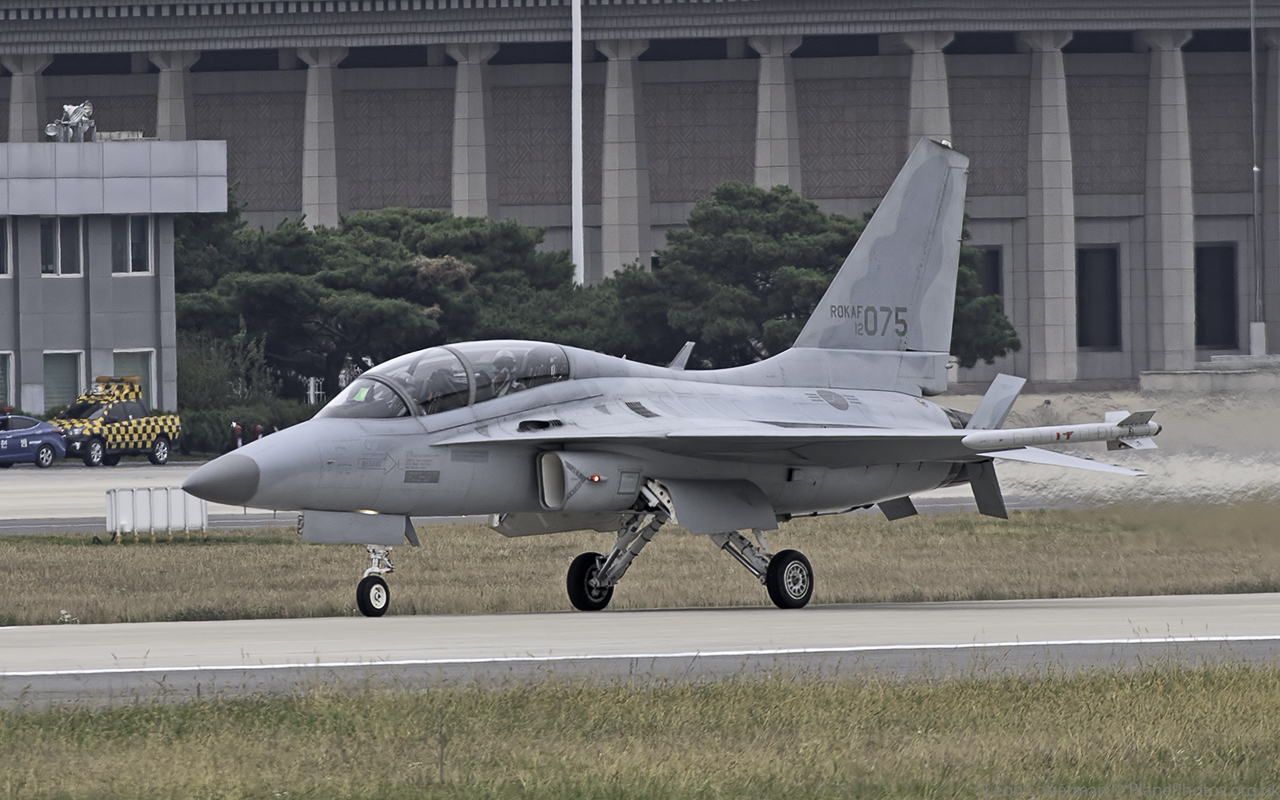 Another show which has been on my list for a while is Seoul ADEX (Aerospace & Defence Exhibition) which is held bi-annually at Seongnam Airport.

Seongnam is actually an active military base, with both ROKAF units (15th Composite Wing) and the US Army 2nd Aviation regiment located at the field, as well as it being used as the home base for the ROK VIP transport squadron, operating the VH-60P Blackhawk, Sikorsky S-92, HS-748 and CN235.

Also present on the field were Eurocopter AS332, Lockheed C-130H and C-130J Hercules and BAe Hawker 800 in reconnaissance / SIGINT guise.

I was present at the base for 2 trade days of the airshow – on the first day I was not allowed admittance until after the opening ceremony involving the President of the Republic of Korea. Knowing this I elected not arrive until near the entry time, which meant that I missed the flypast involving some of the ROKAF inventory, such as F-5’s – a bad decision on my part :-(.

Once in I was surprised at how small the show was – perhaps it had something to do with the increased tensions in the region between the Republic of Korea and North Korea. However the ROKAF assets on display, along with the ability to photograph some of the normal operations arriving and departing during the day somewhat made up for this. That said, photography of these movements and the short flying display during the afternoon was pretty much straight into the sun, so a good deal of post-processing recovery work has had to take place. Also, on this day they were still putting up barriers after the Presidental visit, so access to the static display was pretty good, although by mid-afternoon this had changed.

The following day I arrived much earlier to be greeted by overcast conditions – although this made photography a little easier, shooting into a grey sky presents its own problems. It just seems that this year I haven’t always picked the best days to be places…

As you can see from some of my images there was a green fence placed along the crowd line – this was ostensibly to prevent photographs being taken of the military installations on the other side of the runway (there were warning signs placed every few hundred yards about this) but that didn’t seem to deter anyone – perhaps it was because this was on the trade days, rather than public days.

In the end, I came away with mixed feelings – annoyance at missing the opening ceremony flypast, disappointment that there wasn’t more on static display and flying in the show (although what was present was excellent quality) and delight at the opportunity to photograph aircraft from an air force rarely seen outside Asia.